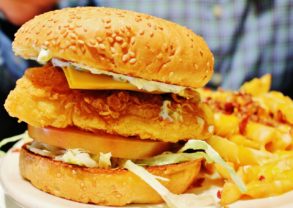 Food Reviews Restaurant
May 14, 2018May 15, 2018 Kim 16 Comments BK Big Fish sandwich compared to the Whaler, Burger King got rid of the Whaler, original BK fish sandwich, vote for BK to bring back the Whaler

Do you want Burger King to bring back the Whaler? These days I don’t have a favorite BK sandwich, and I’m not seeing anything unique or appealing on the menu. Their idea of ‘new’ is interchanging existing toppings, buns, and condiments. They were always more expensive than McDonald’s, but in my opinion it’s not worth it anymore. For the cost of a premium meal from Burger King I could go to a local restaurant that offers a wide range of higher quality selections. I don’t have statistics to compare BK and McD’s, but it doesn’t take a statistician to see the difference. In my town the drive-thru line at Burger King is always shorter than BK, and the dining room isn’t usually busy either. How can Burger King increase their revenue? NOT by raising their prices again. Bringing back the original Whaler sandwich would be a good start.

To say that BK’s current fish sandwich is ‘big’ is a gross overstatement. Big compared to what? The title isn’t fitting. In fact it’s laughable to those of us that remember the Burger King Whaler sandwich. It was as big as a Whopper! As a fish lover it was my go-to BK sandwich.

Their current Big Fish sandwich isn’t anything like the Whaler. Besides the obvious fact that it’s smaller, the bun isn’t appealing. It isn’t a soft sesame seed bun. It’s dry, dark, and tough by comparison and an all-out disappointment. Maybe I would feel differently if I never tried the Whaler, but it doesn’t come close to the size or the quality of BK’s original fish sandwich.

Do You Want Burger King to Bring Back the Whaler Sandwich?

If Burger King eliminated the Whaler because of cost, I’d be willing to pay more if it were back on the menu. I think they made a very serious mistake when they eliminated the sandwich, and I can’t be the only person who feels this way. Lots of people love fish, and they choose it over other sandwiches – if it’s really good. When it sucks they go elsewhere.

My Message to BK Corporate – Be Sure to Leave Your Comment Below!

These days restaurant chains go about it all wrong. Instead of doing a few things really well they do many things half-@$$ in a tug of war with other restaurants to keep options fresh. They listen to so-called marketing experts and food service professionals, but they should also have a paid panel of ordinary people. What they don’t realize is the best suggestions of all come from average long-time customers. I want Burger King to bring back the Whaler, but I doubt if they will listen even though the lines at McDonald’s are becoming longer and longer. Wake up BK, and stop shuffling the same boring ingredients from one sandwich to the next. Bring back the original and stop cheapening your selections while raising the prices. The Whopper won’t keep you afloat forever.

Interested in the History of Burger King’s Fish Sandwiches? They’re made numerous changes over the years. 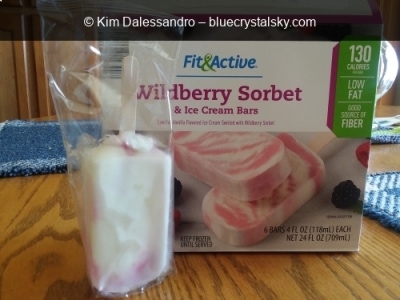 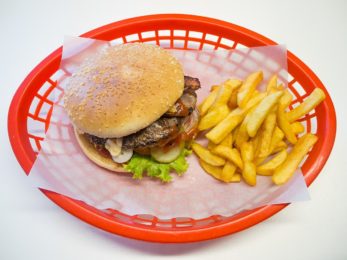 Plates or Baskets for Your Restaurant?

16 thoughts on “Burger King | Bring Back the Whaler!”