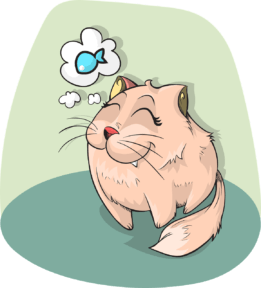 Canned food is a treat for my cats. My mom buys it once a week for my two kitties and for my sister’s feline. I don’t regularly feed my cats canned food. They usually eat hard kibble and a daily treat that is also hard with a soft middle. It’s the only soft edibles the get. My kitties wouldn’t consider it a treat if they ate it all of the time, and they have a pecking order. Even the dog gets a little, but only if he’s lucky. They consider it a treat because they don’t have it often. That makes it more delectable than ever – to the cats and dog, of course. Although it doesn’t look like cat food, I still don’t want it on crackers! It’s high quality stuff, but it’s still meant for animals.

Canned Food is a Treat for My Cats Because…

My felines aren’t given canned food often. It’s a gift from grandma, and they know it. My cat Panda Bear and, my dog Zeus, spent a few months at my parent’s house while I was moving. They both recognize the smell of my dad’s pipe tobacco. I’m sure that it’s on everything that comes from their house. It’s not a bad smell. Anyway, they associate the word grandma with food. When I tell my dog and cat that I have something from grandma, their eyes light up. Canned food is a treat for my cats because it comes from grandma’s house. She spoils her grand dog, grand cat and step grand cat, and I appreciate it as much as they do. However, I don’t buy it often because it’s not as good for their teeth as hard food, and it’s more expensive. That’s why canned food is a treat for my cats. If it weren’t for grandma, they’d rarely get it. They’re very lucky to have a comfortable home and plenty of food and water. They just don’t realize how lucky they are. A person can’t explain the life of strays or feral felines to house cats.

Canned food is a treat for my cats, but I don’t split it between them. It would surely go to waste if I did. They have a strange way of eating it. My husband’s cat isn’t always interested, but my cat sure is. He’s the one that gets to eat first since he’s the alpha male. He licks off the gravy, and he thoroughly enjoys it. He has his fill, and next comes Baby. She eats a few leftover chunks. She doesn’t mind dining second in line. However, sometimes it makes her sick, and I don’t know why. It might be because she eats too fast. The dog finishes whatever the cats don’t eat. It won’t hurt him, especially since much isn’t left. At least nothing goes to waste. 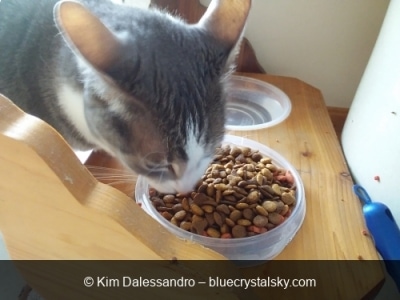 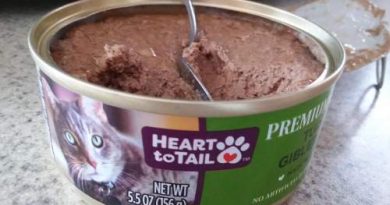 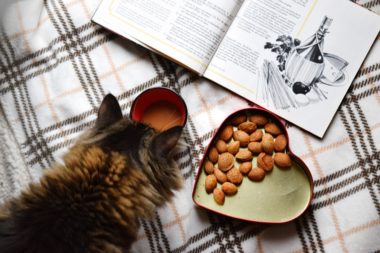 Ways to Stop Cats from Vomiting

One thought on “Canned Food is a Treat for My Cats”