You might laugh at what I’m about to say, but I think that I have a ghost cat in my house. I’ve felt an animal walking on my bed, and one night I saw it very clearly. It doesn’t seem threatening, but it’s unnerving to say the least.

I love cats, but I don’t like the feeling of an invisible animal walking across my bed, especially late at night when the lights are out. Have you experienced anything similar?

What Could it Be?

When I saw the ghost cat, it wasn’t out of the corner of my eye. I’ve experienced peripheral movement many times, but I caught it straight on.

It looked almost as solid as a living breathing feline, but if I had to describe it I’d say that it looked more two-dimensional. It was the same color as my husband’s dead cat.

Thumper died years before we met, and his body is buried next to the shed. His spirit seems to come and go – if in fact it’s him. It could be something more sinister disguising itself as a cat.

I’m not an expert on the subject. I only know what I’m seeing and feeling. I’m not going to acknowledge it.

One night I had fallen asleep in the reclining chair in the downstairs family room. When I awoke I saw a dark cat with tortoise shell markings approaching the chair. It was moving fairly fast, and I didn’t have time to process what I saw.

It was looking into my eyes as I was trying to figure out who or what it was. ‘Panda Bear’ is my cat and his fur is white with black spots. My husband’s kitty ‘Baby’ is gray and white with stripes. This kitty was dark, and it wasn’t one of our pets – at least not a live one.

As the mystery animal approached my chair, it wasn’t slowing down. I didn’t know what it was going to do and I didn’t have time to respond. I can still see it very clearly it in my mind.

The footrest was extended but the animal didn’t jump up. It disappeared into the bottom of the chair! Just like that, it was gone. It had vanished! I haven’t seen it since but I’ve felt it many times. I feel it walking on my bed most nights. Is it a ghost cat or something evil? I’m afraid to find out!

A Ghost Cat Jumps on My Bed and Walks Toward Me –

Shortly after I lie down, I pull the covers around me. The blankets give me a sense of security, but within less than a minute I feel what seems like an invisible cat land on my bed.

Next, I feel it take about four or five steps toward me. It scares me half to death! I don’t like feeling anything that I can’t see.

I’d like to think it’s Thumper, my husband’s dead cat, but I can’t be sure. I’m sure it’s a feline. It feels the same as when my kitty lands on the bed only it’s much lighter. I can feel the steps and impressions as the animal approaches.

I know it’s not my imagination. It happens when I haven’t yet fallen asleep, and I’m sure of what I’m feeling. What I’m not certain about is what this entity really is.

My Cat Watches Something Invisible –

It doesn’t end with feelings of a cat landing and walking across my blanket. My cat usually lies beside me not long after I’m in bed. He quietly comes into the room, and when he lands he scares me even more.

He’s a heavy boy and lands like a rock. He enjoys being petted and lies as close to me as possible. I feel protected from the spirit cat when he’s with me.

My cat isn’t always still when he’s lying beside me. I can tell that he’s watching something moving in the dimly lit room. He looks down toward the floor, and his head moves from one side to the next. It’s as if he’s following the activities of another animal.

It isn’t my dog. He’s in his own bed, and sometimes he seems scared. We don’t have mice in the house either. He’s probably sensing or seeing Thumper or whatever it is.

I have a ghost cat in my house – I think, and it seems as real as my other kitties. Is it really a ghost cat? I may never know.

Read the Comments from Other Visitors Below – You Will be Shocked and Amazed!

Have you experienced the feeling of an invisible animal on your bed? Have you ever caught a glimpse? Please leave your comments below, and share your ghost-cat story. I know that I’m not alone. What do you think it is? 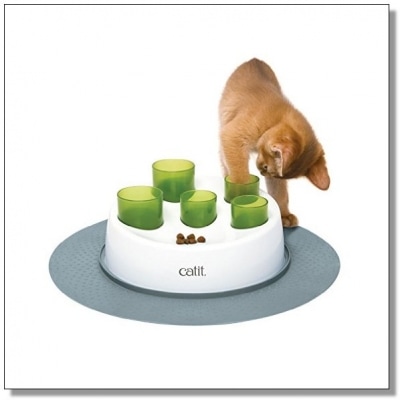 Help! My Cat is Bored with His Food 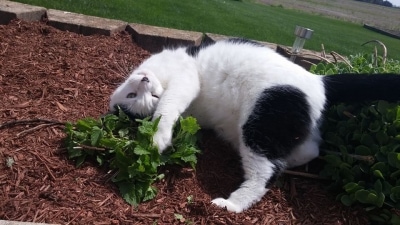 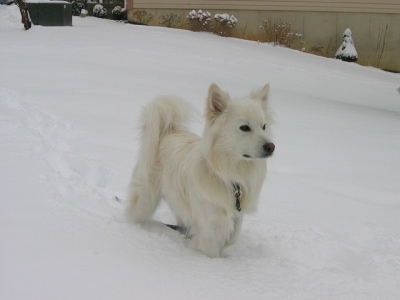 Hearing My Dog Bark after She Died